January travel for WCH and SICB

December and January were busy months!

Late December, I went to New Zealand to attend the World Congress of Herpetology conference, an international conference that only happens every four years. Traveling with Maggie Haines, we rented a camper van and “tramped” (kiwi slang for camping and hiking) around the southern island before the WCH conference. 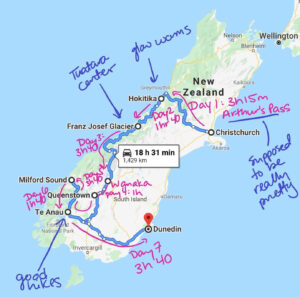 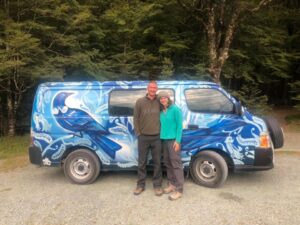 I also reached out to a few of the zoo and wildlife parks on the southern island and was lucky enough to work with them to photograph some endemic gecko and tuatara toe pads! Adding to my ever growing toe pad image collection. 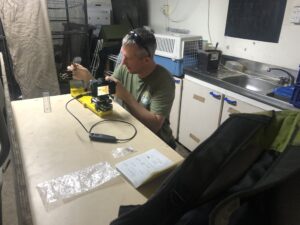 I also got to hold a tuatara!! Which was definitely the highlight of the trip. 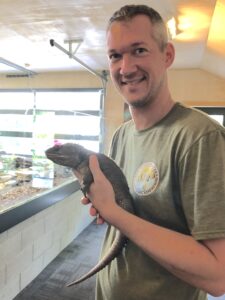 Once we arrived in Dunedin, the conference was great, catching up with old friends and making new acquaintances and collaborations. I presented a poster providing a general overview of the undergraduate geometric morphometrics work that’s been happening in my lab over the last year.

Concurrently while I was in New Zealand, two of my senior undergraduate research students, Bailey Howell and Arpana Upadhyay were in Austin, Texas attending the Society for Integrative and Comparative Biology conference, both presenting posters on their geometric morphometrics projects. 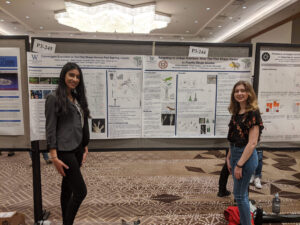 Bailey’s poster was featured on Anole Annals and she also volunteered to be a guest blog author, summarizing another SICB poster on how the diets of introduced anoles may change.

Overall, we added a few more posters to the hall outside the lab and I’m looking forward to keeping all these projects rolling.. 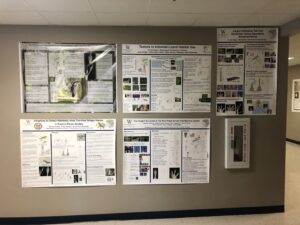